Heroes Rise: How the Riddler Got His Name

Bruce is summoned by Selina through a letter but she denies sending him the letter and orders him to stay away from her. After an encounter with Sonny Gilzean, Bruce is drugged by his dopplegänger and wakes up in a dungeon with a view of snowy mountains while the former usurps his identity. Meanwhile, Gordon reconnects with his uncle Frank, who attempts to persuade him to become a member of the Court of Owls while Nygma attempts to build a name for himself by sending the police on goose chases while also picking Lucius Fox as a potential arch-nemesis. After being taunted by hallucinations of the Penguin, Nygma decides to let him go and embraces his new persona as the Riddler. Meanwhile, Penguin wakes up in Ivy Pepper’s apartment after surviving the gunshot wound. 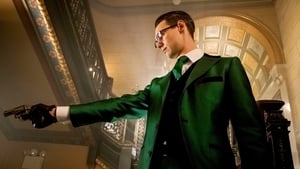 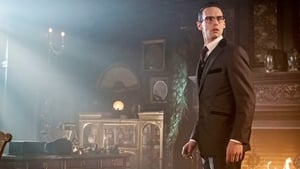 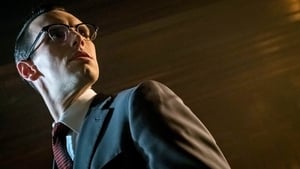 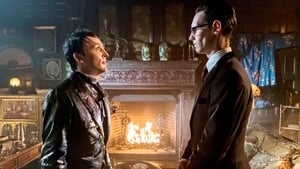 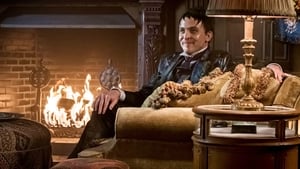 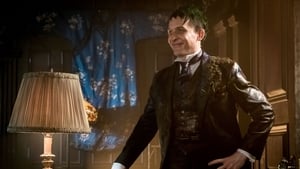 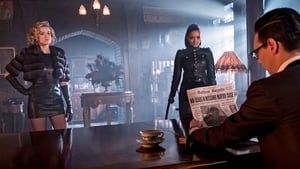 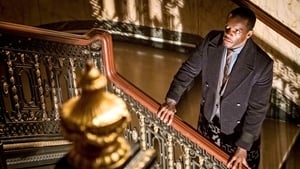 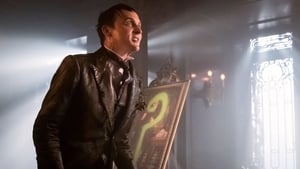 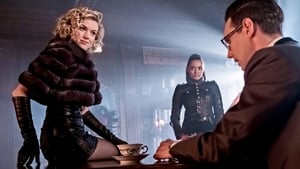